This Week at JGRMX - Spring is Near

As the rock we call Earth turns and the seasons change, it's almost time for everyone in the Northern hemisphere to start thinking about warm weather. It means that motocross riding is right around the corner. We can't wait! No matter the bike you call your own, we salute your efforts. Carving a perfect arc in dense loamy soil is a sensation that makes us flock to motocross. Hanging out with buddies and waxing poetic about all things dirt bike related is another favorite. Mostly it's about the freedom of twisting the throttle and testing one's limits. As the snow melts and cold temperatures make way for Spring conditions, the joy of motocross is in sight once again.

At JGRMX we practice what we preach. Our staff rides. Some, like engine builder Gino Aponte, have competed in the most prestigious races in the world, such as the Motocross des Nations. We're a melting pot of varying speeds and skill levels. Yet, we all can relate to the exhilaration of jumping the big double; of grabbing the holeshot. It's a feeling that cannot be replicated in any other form, short of strapping yourself to a rocket.

You speak the language of motocross. We do, too. Historians believe that early civilization didn't communicate in a series of clicks and grunts; rather, they used a sophisticated language. Motocross riders share stories of their time behind the handlebars by making sounds, using slang, and waving their arms around as if being attacked by a swarm of bees. Seeing a group of riders communicate is a wild display that would make most people run away. Not us. We'll be there right alongside you. Bring on warm weather! 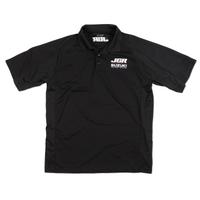 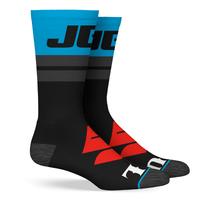 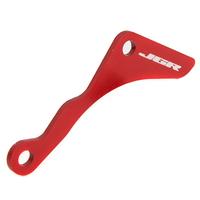